This tutorial is to show you how to create opacity based menu buttons by controlling the opacity (transparency) values of each button. This is a much neater & nicer looking solution compared to the condition based button method.

2. Next you want to start creating some new scene objects (1 per button). Don't forget to rename the scene objects to something appropriate 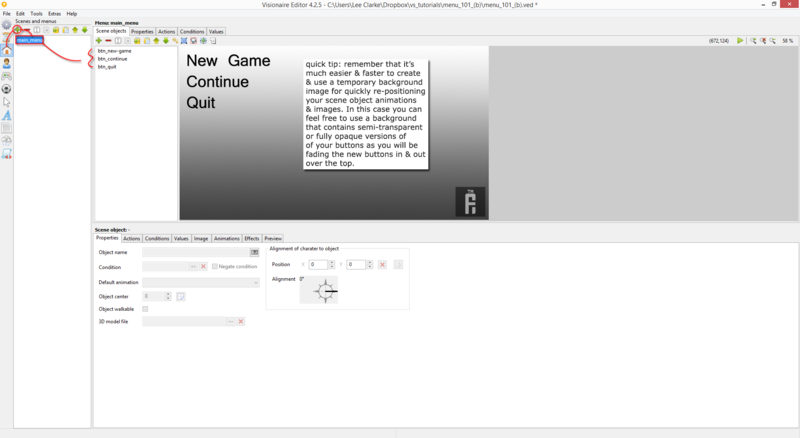 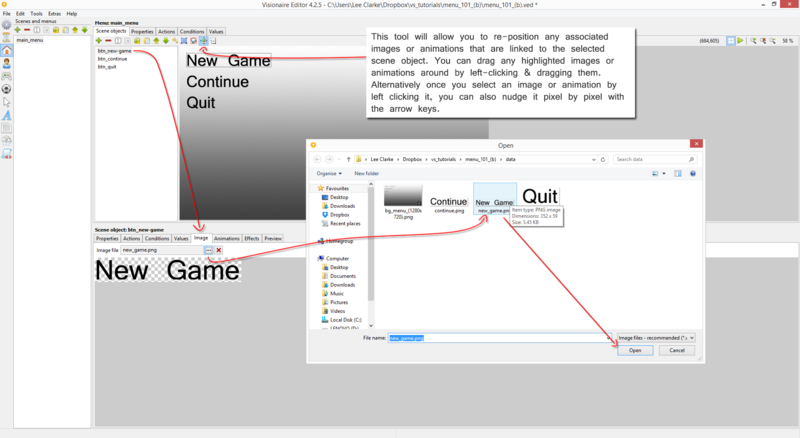 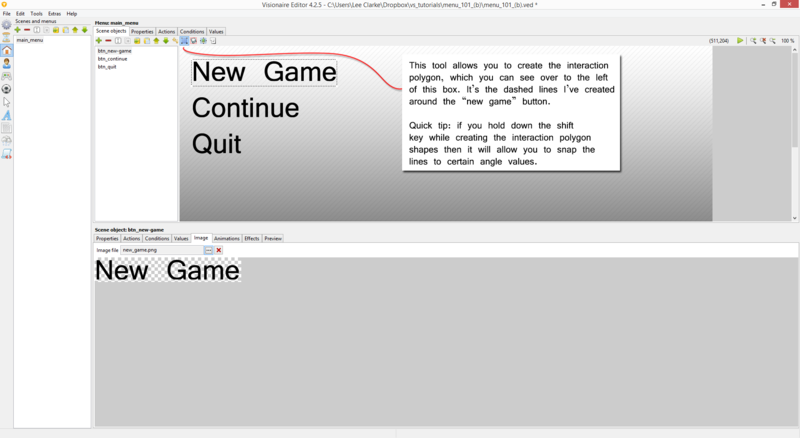 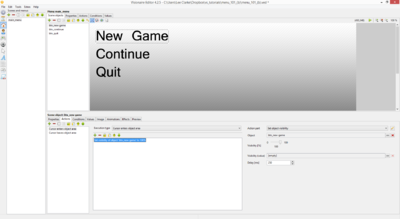 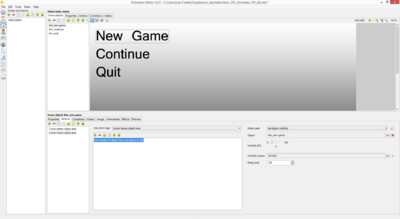 6. Finally, you need to define the opacity values of the buttons inside of an at beginning of scene event, so... browse to the scenes action tab & inside of this create an at beginning of scene action & inside of this create (for each button that you created) a set visibility of object... action part & link each one to the relevant scene object. Leave the visibility [%] & delay [ms] values as they are - unless you aren't including the semi-transparent versions of the buttons in the background image that you have set in the properties tab of the menu scene, as you will probably be wanting to set a custom value for the visibility. 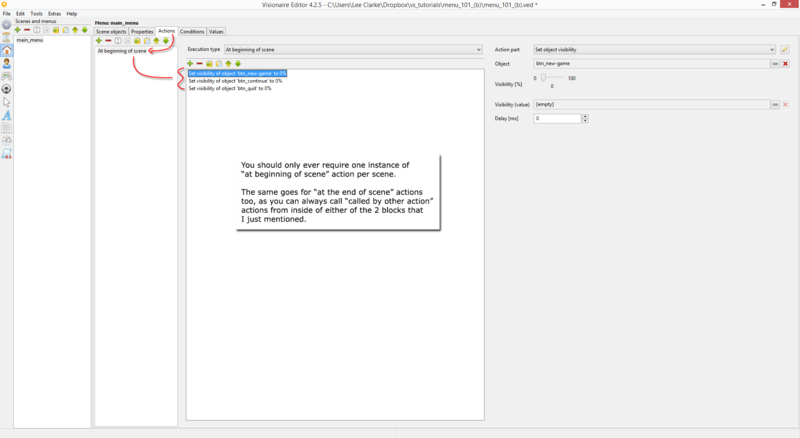